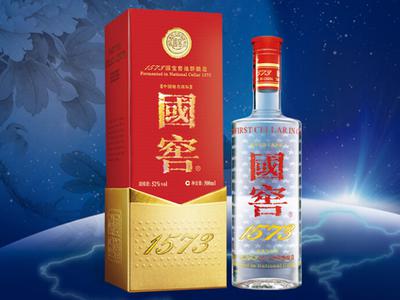 Guo Jiao 1573 is the image baijiu product of Luzhou Laojiao. It was first brewed from the “National Treasure Pits” in AD 1573 during the Wanli Era of the Ming dynasty. Guo Jiao 1573 is produced using distilled white spirits brewing techniques, the product is colorless and transparent with strong pit aroma. The taste is soft mellow, entrance intermixed with lingering fragrance. Its packaging consist of two parts, bottom part is painted gold and decorated with golden stars, making it look like the imperial jade seal. The upper part of the retail box is painted with pure red. The bottle was made of German crystal glass. There are a total of 960 stars on both glass bottle and paper packaging which symbolizes the total land area of China. In 2001, Guo Jiao 1573 was designated as the state banquet liquor by the Diaoyutai State Guesthouse. In 2002, a Quality Standard Authentication Certificate was issued to Guo Jiao 1573 depicting its country of origin. 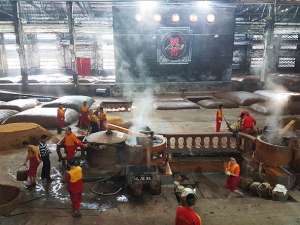 In 1996, the Luzhou Ming dynasty pit owned by Luzhou Lao Jiao Co., Ltd was listed as the national key cultural relics protection units. It is by far the only award for brewing industry in the whole nation. This is how Guo Jiao (national cellar) baijiu gets its name.

In 1573 during the first year of the Wanli Ming dynasty, the 13th emperor of the Ming dynasty, Zhu Yi Jun (Shen Zong) changed the title of the reign. According to the chronicles, Luzhou Laojiao also began to practise large-scale operations of the pits. 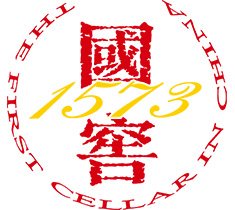