Kweichow Moutai baijiu is produced by the Kweichow Moutai Co.,Ltd. with an annual production of 40,000 tons in China. It has a wide variety of baijiu catering to different consumers’ needs. There are low alcohol content baijiu such as the 43°, 38° and 33°; whereas the higher 53° often are in greater demand. There are the Moutai Prince Chiew and Moutai Ying Bing Chiew series which satisfy the needs of the middle and low end consumers. There is the Flying Fairy series which is often sought after by discerning drinkers. There are the vintage 15 years, 30 years, 50 years and 80 years old Moutai baijiu catering to the needs of the high end baijiu drinkers. In China, they have their own product development models which have witnessed more than 200 types of specifications and varieties of baijiu according to their alcohol levels. Moutai baijiu has become an essential in every aspect of the baijiu market in China, hence dominating the high end baijiu market.

The Taste of Moutai 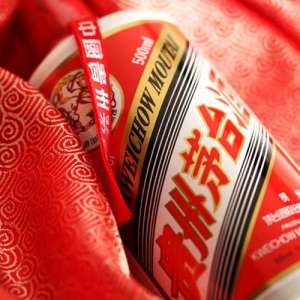 Moutai baijiu is one of the world’s top three distilled spirits and was awarded the honourable title of China National Liquor which is the highest accolade for any wine or spirit in China and was also titled as the most well known brand of baijiu in the world. Moutai baijiu can only be produced in Maotai Town in Guizhou province because of its special natural resources. Moutai is a product of natural fermentation without the addition of any artificial additives, It takes five years just to produce one bottle. The process is conducted entirely by hand using sophisticated techniques which have been passed down for generations. 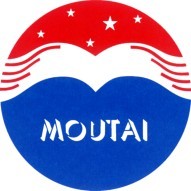 The Moutai logo is circular in shape, using contrasting colours of red and blue in the main content, the white space in between forms an abstract eagle symbolizing the enterprise will fly up as high as the eagle, and acts as a metaphor of the company’s English name, the first alphabet “M”. The eagle represents the enterprise’s magnificence, showing its great vitality and distinct yet prestigious corporate image. There are four flowing lines on both sides of the logo, implying that the logo was launched on the occasion of the 80th anniversary of Moutai being awarded the Panama International Gold Award, it’s essence totally enriched the logo with historical and commemorative significance. The three logo colors red, blue and white symbolizes the Maotai soya flavor, sweetness and the pit majestic flavor respectively.

In addition, the red also illustrates the pioneering spirit and enthusiastic attitude of the enterprise, which is also implied by the unique mellow fragrance of Moutai baijiu.The five stars on the red portion represent Moutai baijiu’s premium status as the China National Liquor and its great reputation in the world. The name “Moutai” is written on the blue portion, symbolizing the influence of Moutai baijiu in spreading to the world.